Menu
Get Your Price Guide
Frankenteddy (blue and purple feet) 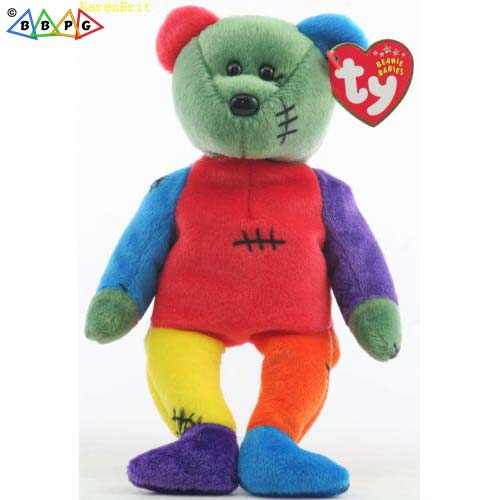 It’s Halloween – that scary night
When Jack-O-Lanterns glow with light
Come with us and Trick or Treat
Let’s see how many friends we meet !

The Buddy version has black feet, and a prototype Beanie Baby with black feet was made. The poem is also special. Read the details here:

Mary Beth’s Beanies & More Magazine ran a Halloween poem competition “Be a Winner” and a Ty Collector called Vickie Russell won it. She was the first collector to have a poem in a hang tag that wasn’t from a Ty employee.  Ty has run other contests since that date.

Frankenteddy was produced with 6 different variations of his foot colors.  Before production though, Ty did a prototype of a Frankenteddy with both feet in black.  This particular prototype Ty signed and auctioned it off on Ty.com to raise funds for UNICEF in October 2002.  It raised $17,505. It is detailed in a September/October 2002 SPECIAL HALLOWEEN ISSUE!!! of Mary Beth’s Beanies & more magazine and a photograph of the prototype bear is on the front cover.

Here are the 6 variations available at retail:

Click each one to see a photograph of it. 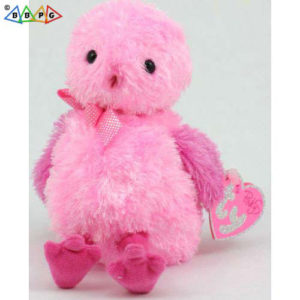 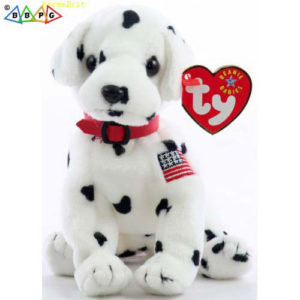 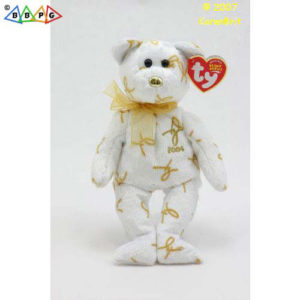