As you sail out on your way
In our hearts you’ll always stay
And because you’re brave and true
This special bear is just for you ! 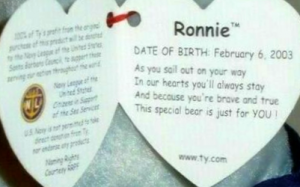 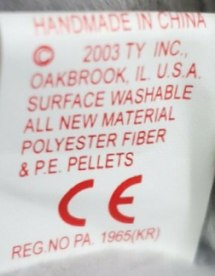 Nancy Reagan signed 100 total Ronnie Ty Beanie Babies in 2003 of which 75 were sold. 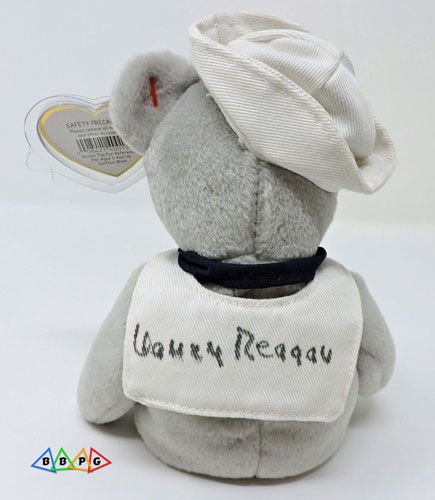 3 were auctioned off for charity and raised half a million dollars.

The 75 signed Ronnie’s were sold online in the foundation store for $250/piece. The people who signed the Certificate of Authenticity were the board members of the foundation. The person who signed it in 2003 and 2009 was Fred Ryan. Mr. Ryan is Chairman of the Board of Trustees of the Ronald Reagan Presidential Library Foundation. 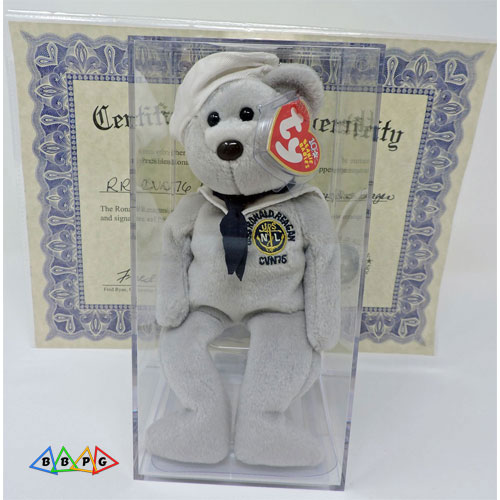 In April 2009 the missing 25 were located and these were not sold online, only sold in the foundation’s store.

The Certificates of Authenticity reflects the date the certificate was issued. Some dated 2003, some 2009, and they have done some replacements when asked which will have a different date on them. 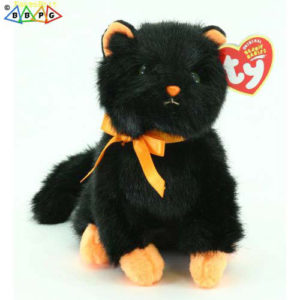 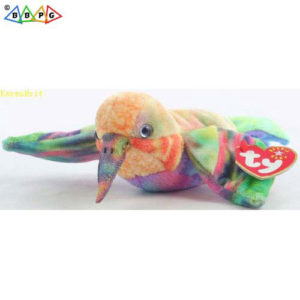 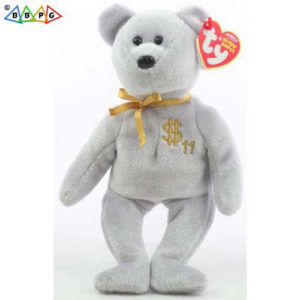 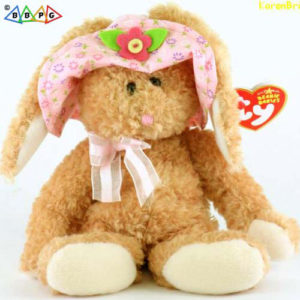