Menu
Get Your Price Guide
Brownie 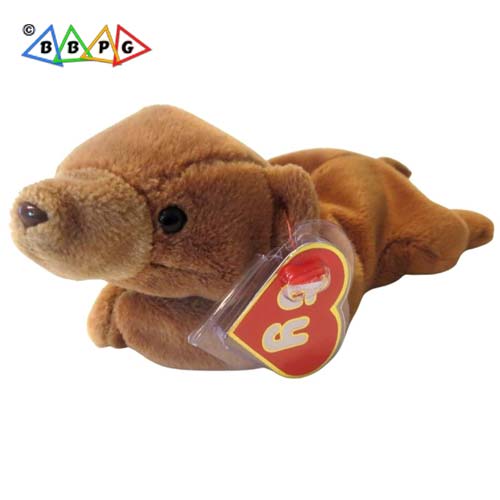 There is no poem in 1st generation beanies’ hang tags. 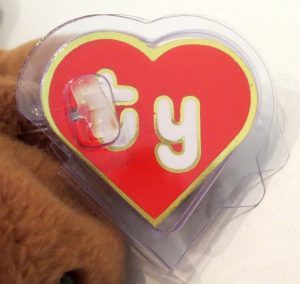 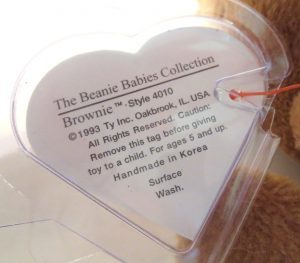 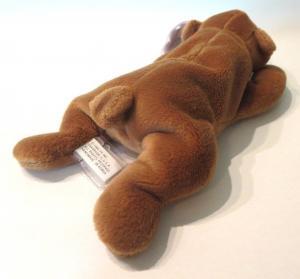 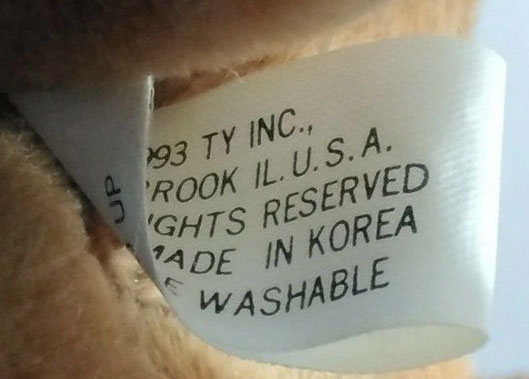 For additional information, please read the article on the Original 9 Ty Beanie Babies.

Brownie the bear, was the original name for Cubbie. He is identical to Cubbie, but has a different name on the hang tag. Without the hang tag attached, there is no way to determine if it is Brownie or Cubbie.
He has black eyes and a brown triangular nose. He was produced only in Korea, and only with a first-generation hang tag.

In 2005, Ty re-released a new version of the older beanies, Brownie included. These were via the Beanie Babies Official Club. The rarer beanie was part of a package and the packages were random. Click here to read more about Brownie from the BBOC release. 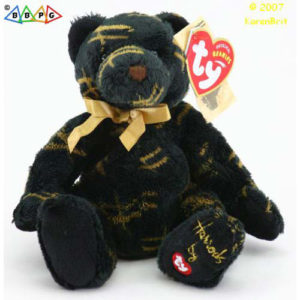 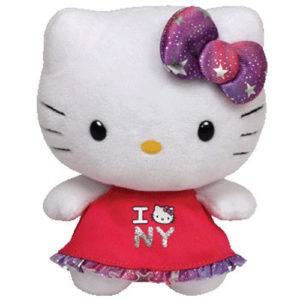 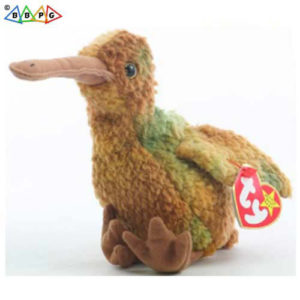 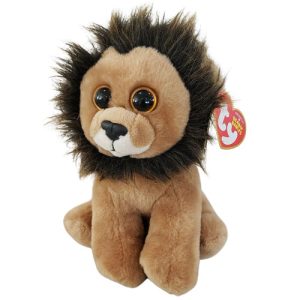