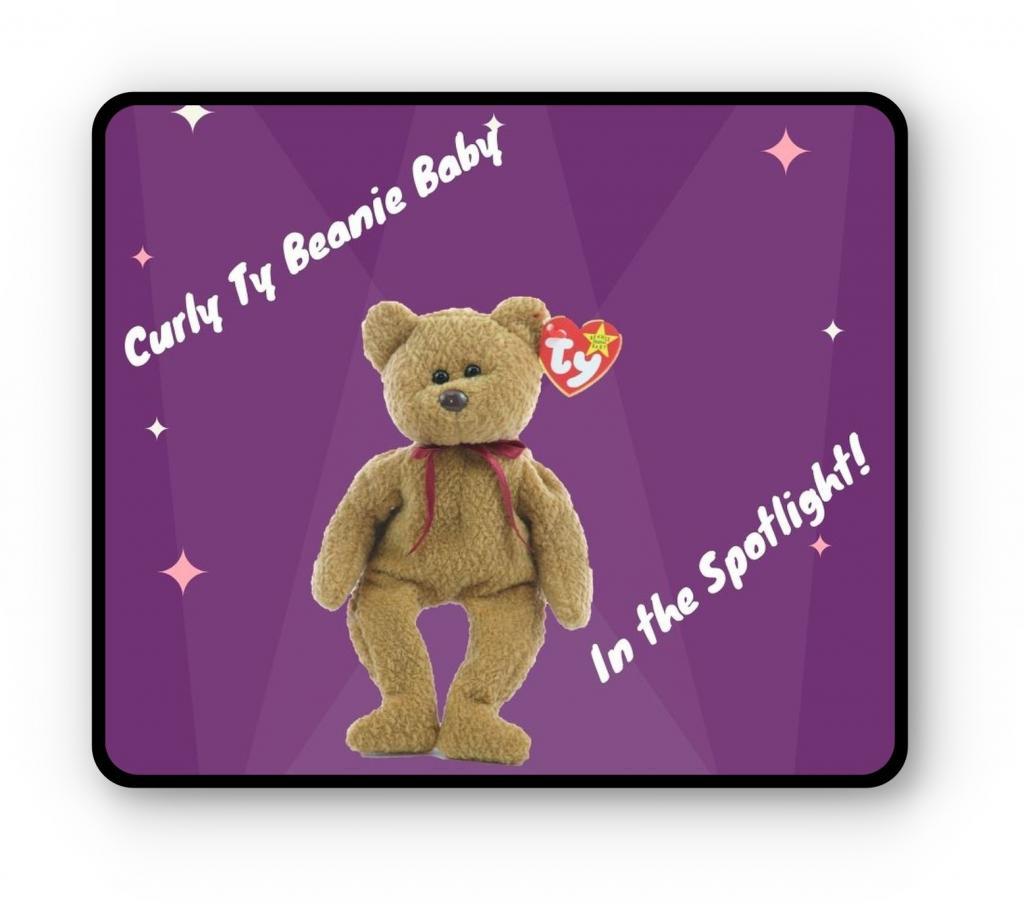 Curly is one of the most hotly debated Beanie Babies due to all of the internet “Rarest Beanie Babies Lists” going around.  How it made that list in the first place is puzzling.

Curly is one of the most common Beanies ever made.  It was manufactured during the height of the craze when Ty was making millions of them.

Many believe that Curly has “error tags”.  While there are some errors on some tags they were made in the millions and are not considered rare by collectors.  It’s pure internet hoax.

Let’s take a good look at each auction. The first 3 culprits: 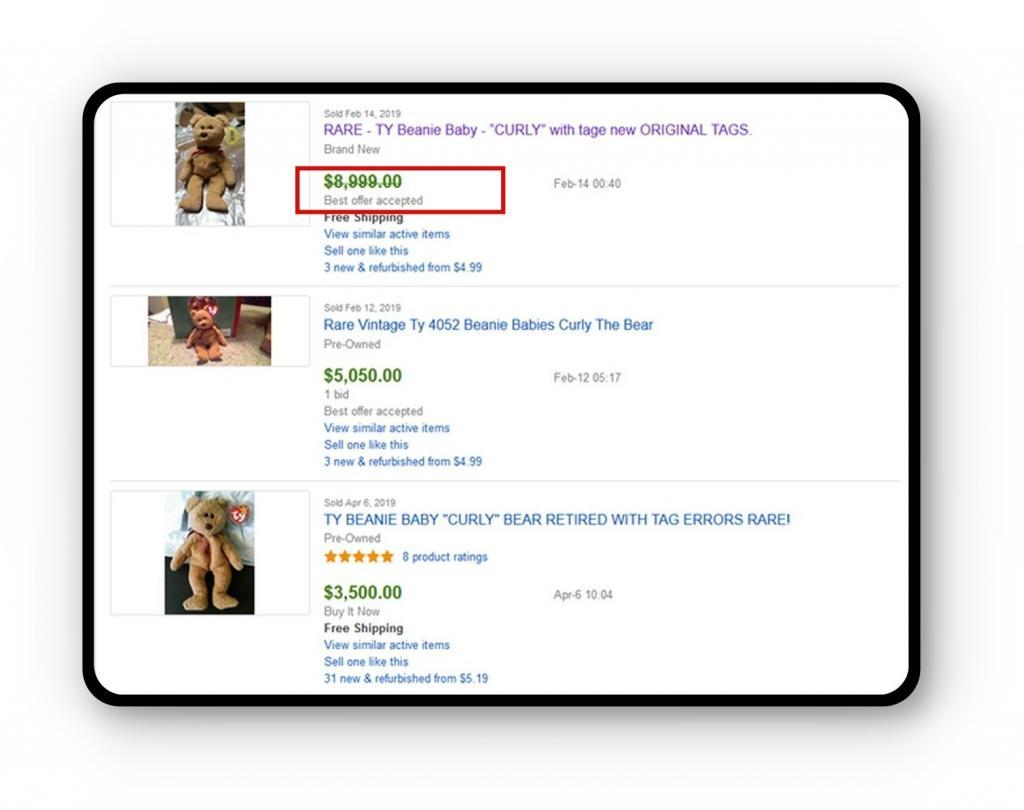 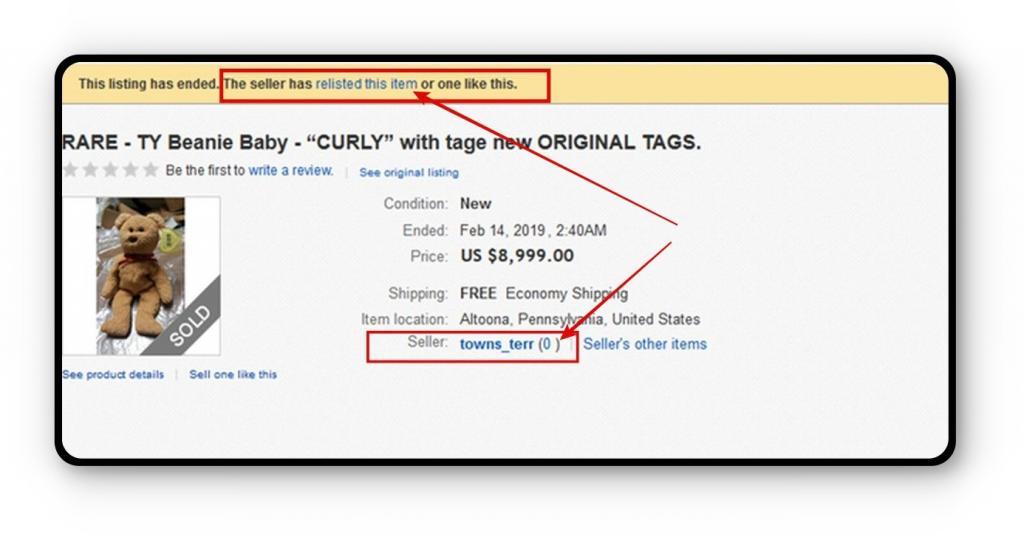 0 feedback seller and it’s been relisted.  What does this tell us?  It wasn’t paid for.  More than likely this was a fake sale.  The listing history shows it was set up as a private listing so we can’t check the buyer.  No feedback has been exchanged.  No one is going to spend this type of cash from a newbie seller when it’s available for much, much less from many well established sellers. 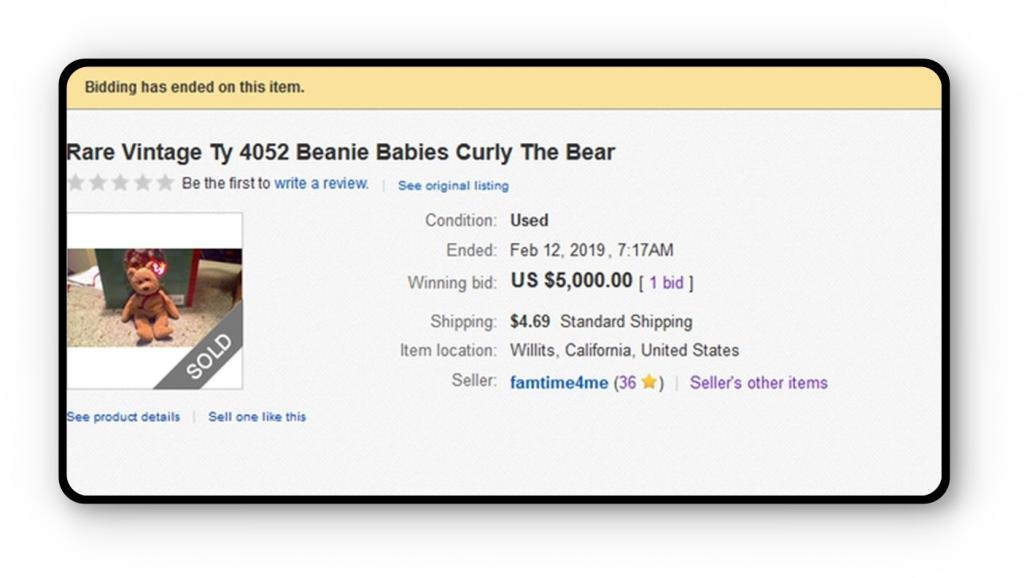 At first glance this one looks better than most.  Decent feedback seller.  Then you notice it’s been relisted.  Then you use the tools to dig deeper and see it’s a 1 feedback buyer.  No feedback exchanged.  No sale. 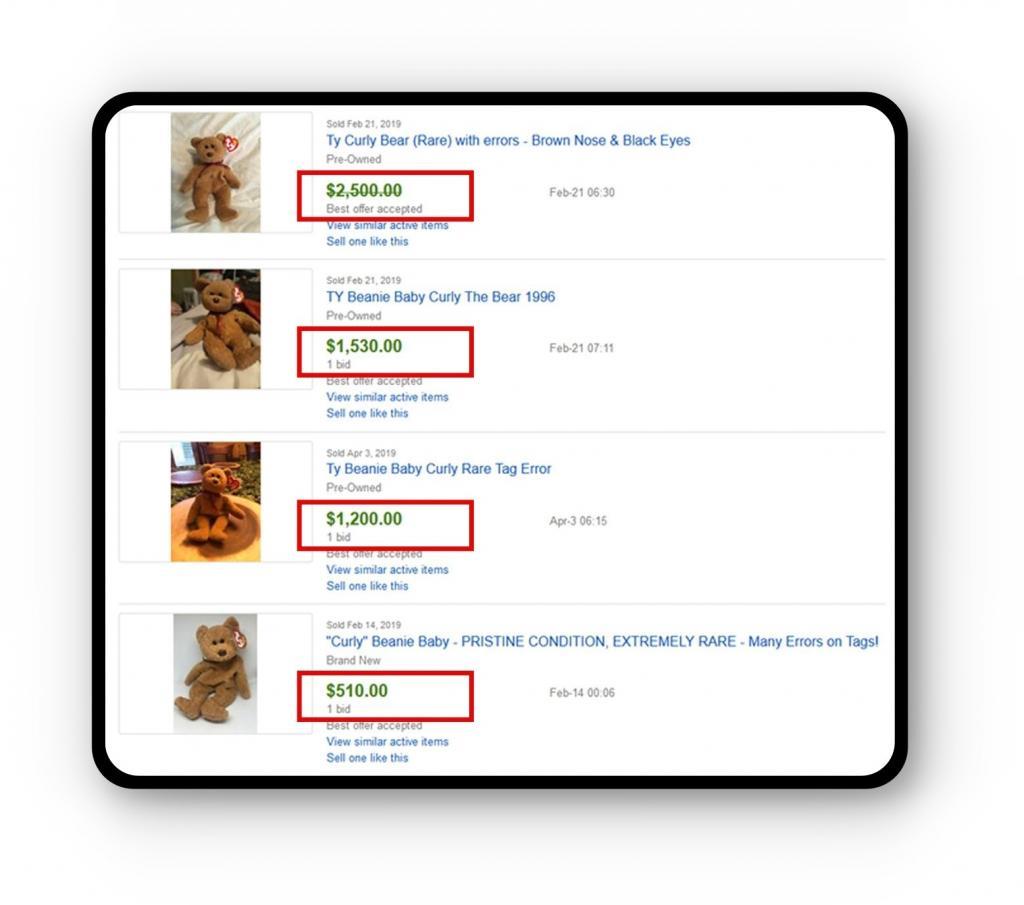 This one should be obvious.  0 feedback seller, relisted, 1 feedback buyer.  Fake sale. 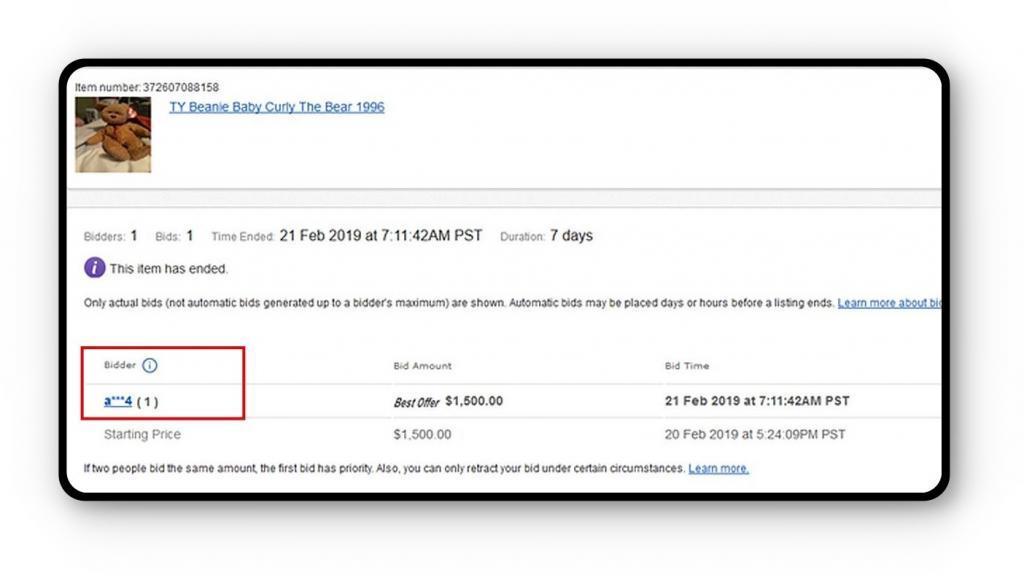 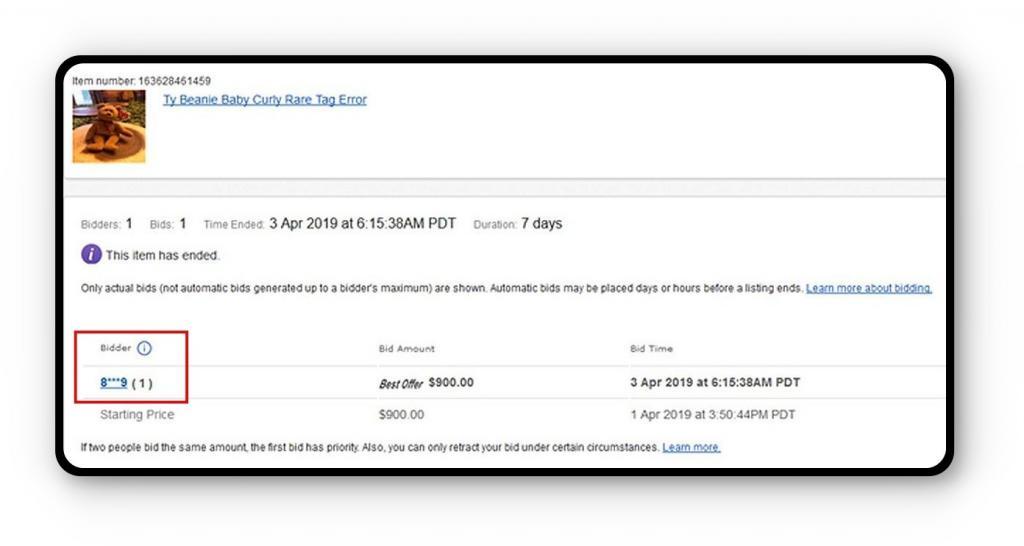 The rumors regarding Curly, Valentino, Peace, Jake, Millennium, Glory, Boxed McDonald’s Teenie Beanies, error tags, etc. is a big internet hoax.   These rumors started in 2014 with one article.  It spread like wildfire.  There ARE rare beanies.  It’s just that these aren’t the rare ones.  If everyone is asking about the same errors and the same Beanies then just how rare could they possibly be?

So what should Curly sell for?  Recent TRUE sales show this : 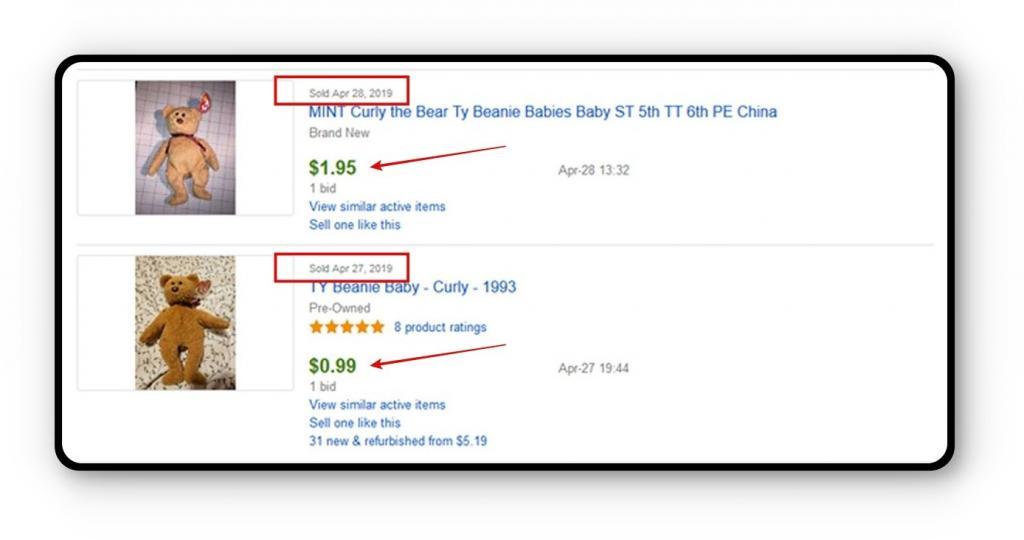 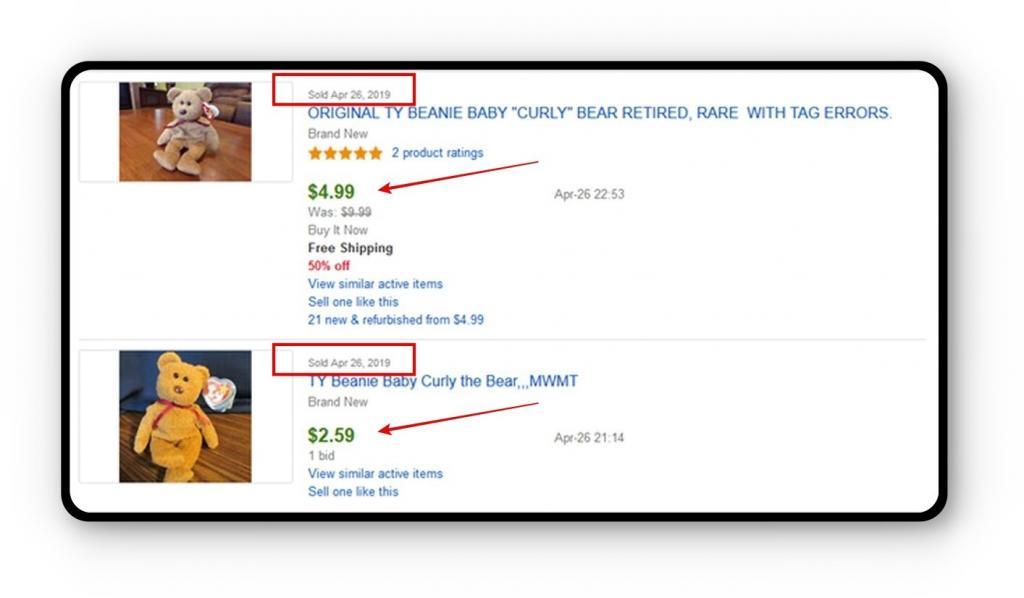 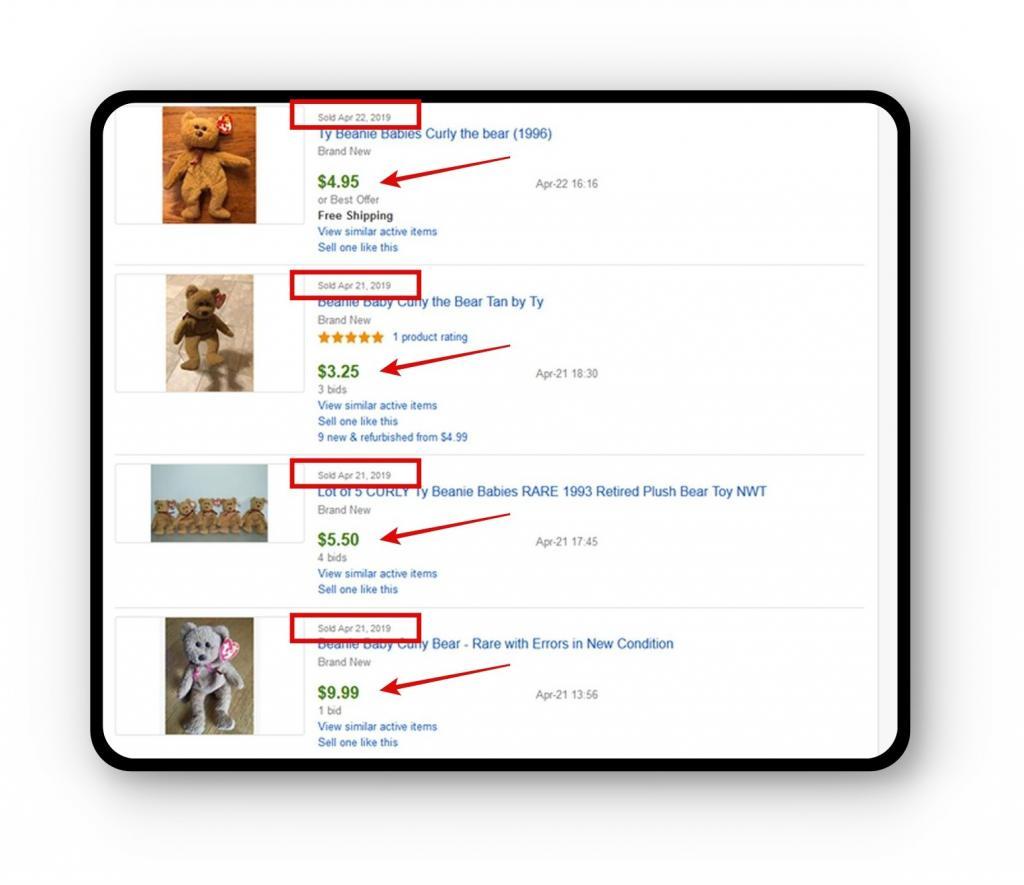 As you can clearly see, these prices are a far cry from the thousands of dollars claimed by these articles.

We like to say this.  If these lists were accurate every expert in the hobby would be rich and we wouldn’t be answering questions.

For your convenience 3 Beanie experts research and update the Beanie Babies Price Guide.  They also run a very large Beanie Babies Collectors Facebook Group to buy/sell/ask questions that aren’t covered in our many articles.