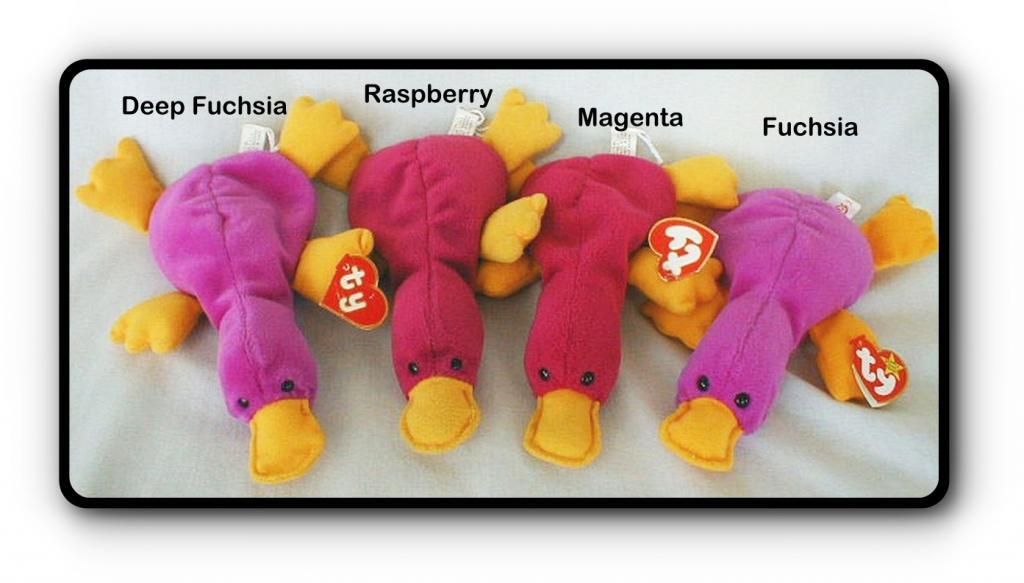 The very first version of Patti was Deep Fuchsia and is considered one of the “Original 2”. Patti was available at the Gatlinberg show in 1993 where attendees placed orders for the January 1994 official introduction of the original nine Ty Beanie Babies. This version only came with a 1st generation swing tag and a 1st gen 4 line Made In Korea tush tag. 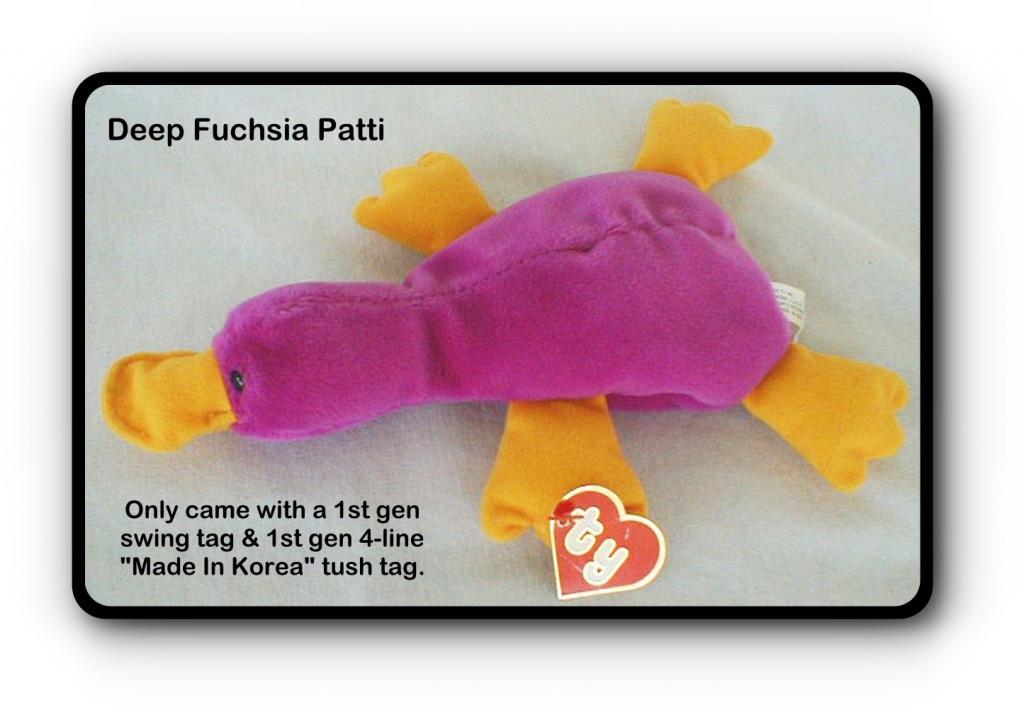 By the time the “Original 9” debuted at the Toy Fair, Patti had undergone a color change to what we now call “Raspberry”. This is one of the 2 maroon variations. Raspberry Patti can come with a 1st or 2nd generation swing tag and a 1st gen tush tag. It can be made in Korea or China 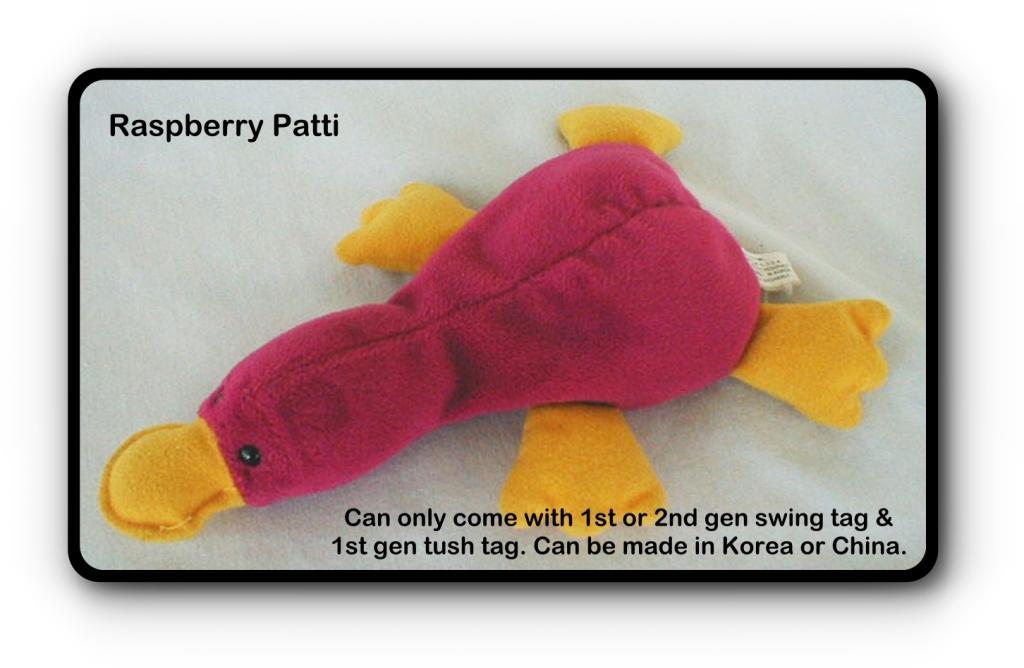 Magenta Patti is the 3rd version of Patti.  It is one of the 2 maroon variations. It only comes with a 3rd generation swing tag and a 1st generation tush tag.  It can be made in China or Korea. This version can also come with the extremely rare  3rd Gen Italics “German” tag. This tag was not produced for the USA. 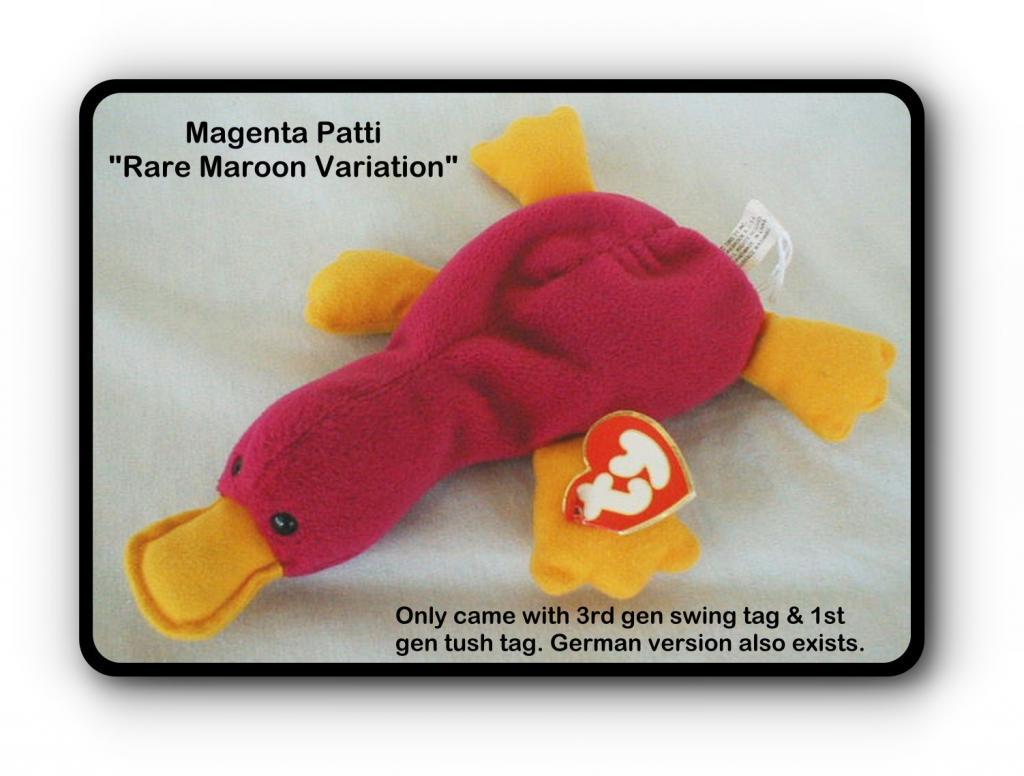 Fuchsia Patti is the 4th color version. It can have several combinations of tags. It can come with a 3rd – 5th gen swing tag and a 1st – 6th gen tush tag. It can be made in China, Korea or Indonesia. It is more of a purple color and is the most common version made. 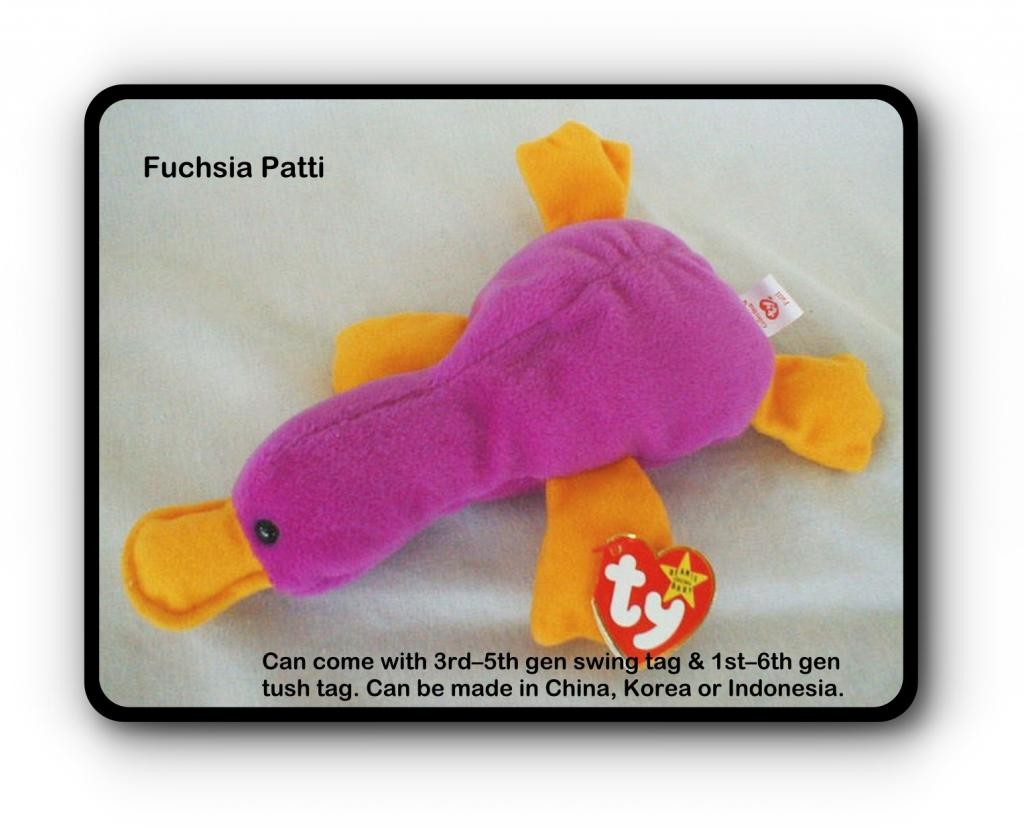 Ty re-released replicas of the original 9. Patti was one of them. They were available for purchase to Beanie Babies Official Club members only. There were 5 different bundles and you did not know which bundle you would be receiving. Patti was released in 3 colors – Pink, Raspberry and Deep Fuchsia. 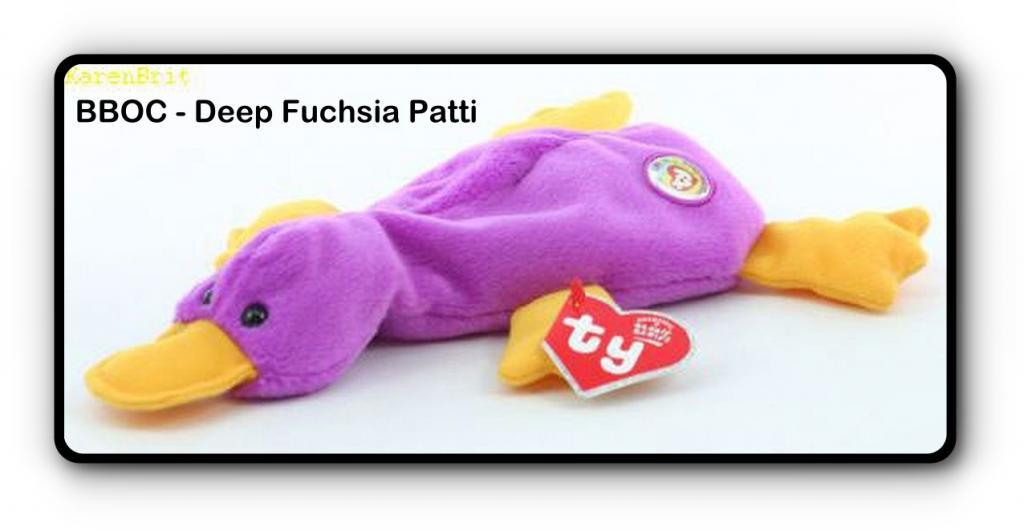 In addition to the Beanie Babies there was also a Patti released as a Bow Wow. This Ty line was for pets. 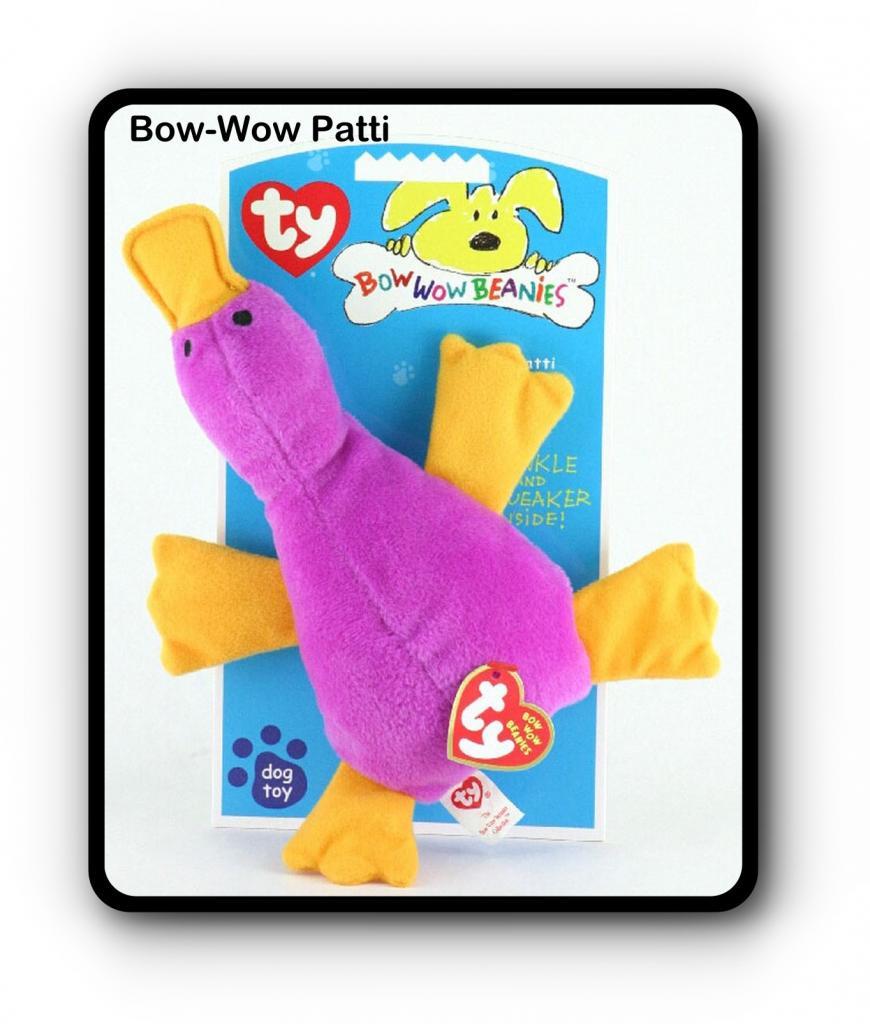